The South Lynches Fire District is a special purpose district formed from parts of south central Florence County and north western Williamsburg County in the northeastern part of South Carolina. The District has a combination of industrial, suburban, residential, rural/agricultural, and commercial areas. Running the entire north-south distance is a main New York to Florida line of CSX Railroad, which is paralleled by U.S. Highway 52, a four-lane thoroughfare that runs between I-95 in Florence and I-26 near Charleston. The Lynches River serves as the northern boundary of the District, and presents water-related hazards.

The South Lynches Fire Department is contracted to provide fire and rescue services within the Fire District. The SLFD was established in 1954 as the Lake City Rural Fire Department, and the Lake City Rescue Squad, a sister organization which was incorporated into the SLFD in 1995, was formed alongside. The SLFD was the second ISO Class 6 fire department in South Carolina. This rating was received without regard to fire hydrants.

The department protects the district’s population of 20,000 from the threats of fire and other disasters. Like many departments in the country, the SLFD provides Rescue and First Responder/EMS assists.

South Lynches Fire Department has been a leader and an innovator in the fire and rescue service in South Carolina. Organized during 1954 and chartered in January 1955 as the Lake City Rural Fire Department, SLFD has a long list of accomplishments. Among the most notable are being the first department to successfully employ and sustain water shuttle operations (1970s); first factory built fire apparatus delivered in the State of South Carolina delivered with Jet Dump (1976); pioneered the use of 5-inch Large Diameter Hose (LDH) in rural and suburban areas (1987); and replacing all front line apparatus with identical, purpose-built, custom designed apparatus (1996). The Lake City Rescue Squad was formed alongside the LCRFD, and was a leader in its own right, becoming one of the first agencies in eastern South Carolina to be equipped with the Jaws of Life (1977) and the implementation of a Medical First Responder program (1980).

Over the years, the department grew from these two core organizations, and today consists of over one hundred twenty firefighters operating 12 engines, 5 tankers, 3 rescues, 2 brush units, a tower ladder, 2 rescue boats, and numerous other specialized apparatus, from 10 strategically located fire stations. In its present form, the department still continues to be a leader in the fire/rescue service, achieving a Rural Rated Class 4 from the Insurance Service Office (ISO) in 2004, and at that time becoming one of only eight fire departments in the United States to occupy ISO classes 4 through 1 with a Rural Rating; and the opening of the South Lynches Fire Department Regional Training Center in 2008, one of the finest facilities of its kind in South Carolina.

South Lynches was also innovative with its Live-In program, dating back to the early 1970s. With this program, many young people received their start in “adulting”, receiving free room and board in return for providing instantaneous response to emergencies within their communities. Today, six of the department’s ten stations offer living quarters for trained and qualified members to participate in this program.

If you are looking for a way to increase your personal skill set, provide a valuable service to family, friends, and the community, and become part of a team of like-minded, dedicated volunteers, please consider joining our organization. 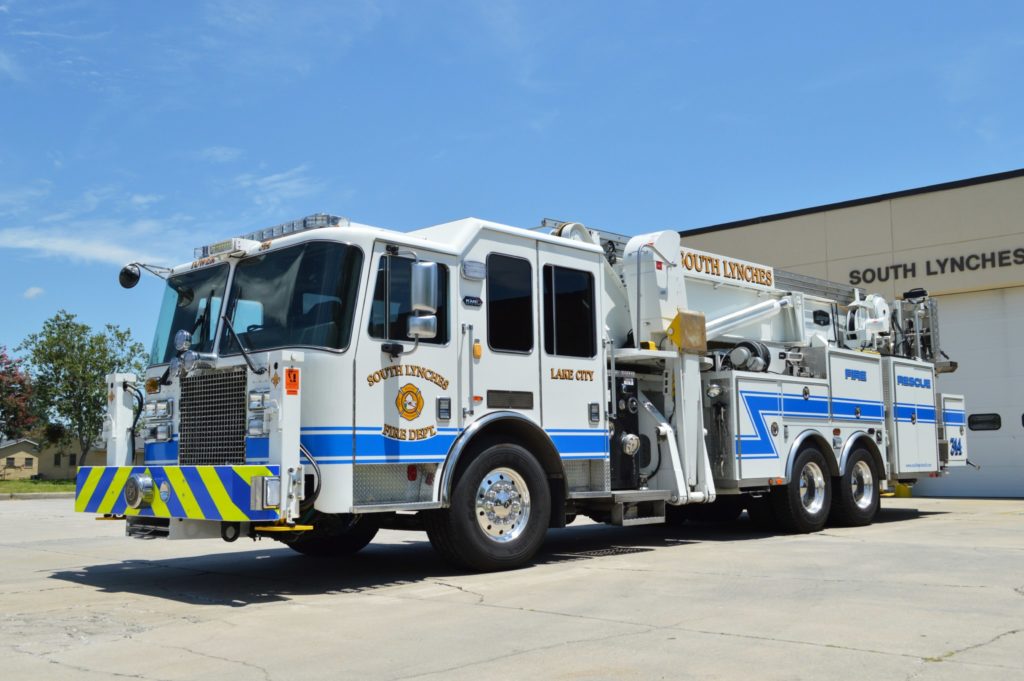